What is the holy grail?

Some might suggest that it is the cup that was used by Jesus during the last supper. Perhaps. Although, in English lore, it’s taken on somewhat of a different meaning and context suggesting that it might be a sort of euphemism for the bloodline of Jesus. So while we had the lore of Mary Magdalene playing out in Southern France, to the North among the English isles, an entirely different version of the Grail mysteries was taking shape. Today we know of these mysteries in popular culture as they are associated with the stories of King Arthur and the Knights of the Round Table.

As the legend is told it starts with Joseph of Arimathea, who in history was thought at one time to be the brother of Jesus, but today we know of him as his uncle. This of course would make him a descendent of King David and a rather wealthy man in his own right. Joseph is thought to have had a connection in ancient times to the tin trade based in the English isles. It is generally thought that through these connections there might have been a reason for Jesus to visit the English isles sometime during his life. As the legends became more evolved it was told that Jesus and Joseph had arrived in Glastonbury and built a small chapel. Although this could just be a legend, the myth remains. 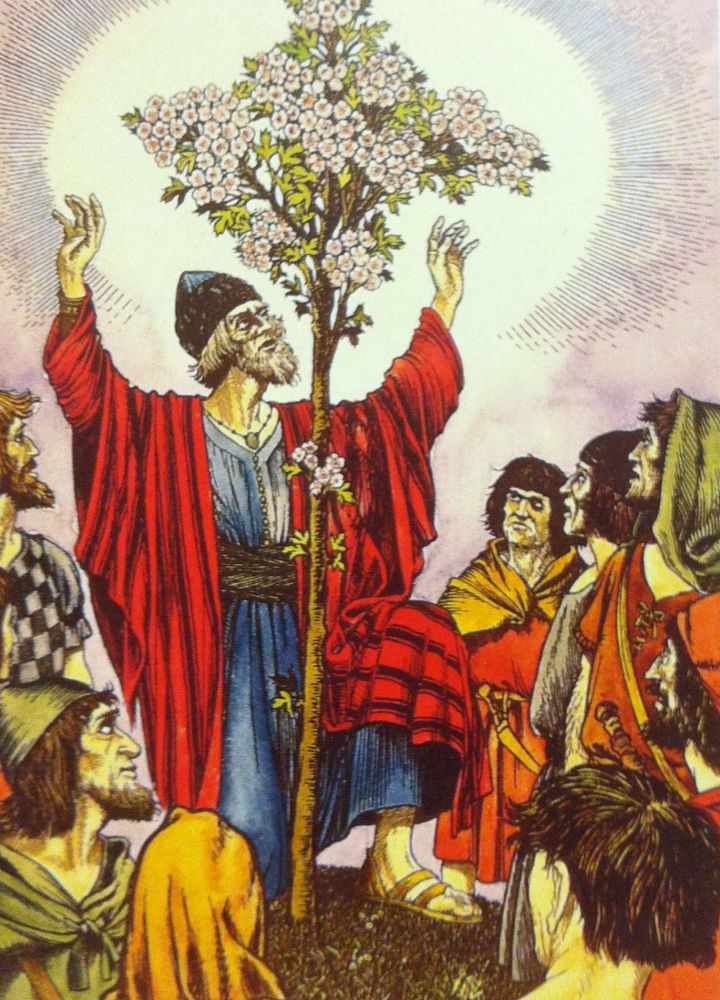 There are stories associated with the Glastonbury thorn that are said to be linked to Joseph of Arimathea. Upon his arrival in the area, it is told that he thrust his staff into the ground, and from it, the Holy Thorn then began to grow. The story is propagated by the tradition of cutting a flowering sprig and sending it to the monarch every Christmas. This became such an issue that the “original” tree was targeted during the English Civil War as a source of superstition leading to it being cut down and removed from the area. The claims of Joseph being in the area still remain controversial to this day.

Where the lore around Jesus being in Britain lacks, it is certainly made up for by Joseph. In another account, there are tales that he came to the area after the crucifixion and would live out the rest of his life as the guardian of Jesus and Mary’s second son Josephus while she was off meditating in a cave in Southern France. Joseph himself was thought to have been married and his bloodline continued down through the years in its own right. 500 years, and 20 generations later, it’s said that King Arthur would emerge from this regal bloodline.

Apparently, Josephus, the second son of Mary and Jesus, would go on to sire some household names of his own such as Viviane d’Avalon del Acqs, Morgaine d’Avalon del Acqs, Lancelot, and Parcival. Although there is controversy around this claim in that the word ‘Josephus’ could just be referring to Joseph himself it’s really hard to be certain of the validity of any of the claims. When dealing with myths and legends everything should be taken with a grain of salt. As well as the claims of the early “Fisher Kings” from which the Stuart dynasty is thought to have descended via some sort of Rosicrucian connection. If the stories are true, this would make Mary, Queen of Scots, a granddaughter of Mary Magdalene, although no one can be sure. 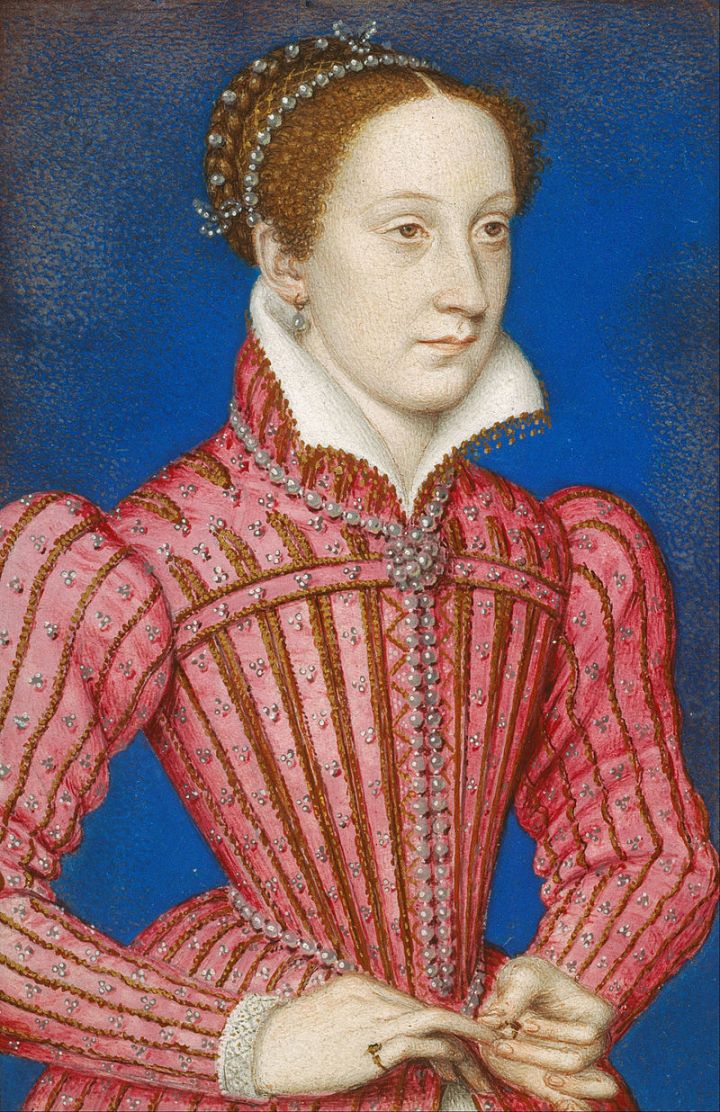 All of this ties into the Scottish lore and tradition of King Arthur as it points us just south of a town called Penrith where we find the ruins of Pendragon Castle. It is this castle that, according to legend, was built by the father of King Arthur, Uther Pendragon. According to The High History of the Holy Grail, this was the location of King Arthur’s Court. This is thought to be confirmed by various sources such as the French Suit de Merlin, the British legend Sir Gawain and the Carl of Carlisle, and The Avowing of King Arthur.

The name Pendragon was first recorded in 1309 and is likely a product of later medieval enthusiasm for Arthurian legends. Although it is thought by some that the name is derived from the Brittonic word pen, meaning “head, top, or summit”, and “dragon”, meaning “prince” or “warlord” (Welsh pen draig). Going by legend alone makes all of this rather hard to prove with any degree of certainty. Pendragon Castle is not known to have pre-Norman use and was built sometime during the 12th century by Ranulf le Meschin during the reign of King William Rufus. Although Roman coinage has been found in the area, it’s hard to make the definitive claim that King Arthur was ever at this location.

Historically however another candidate for King Arthur was Arthur Mac Aedan, the sixth-century son of an ancient King of Scotland. This comes from the idea that this particular Arthur is one of the first people that we can find a record of that was ever named Arthur outside of the myth. He was buried on the island of Iona, which could be the Avalon of Arthurian legend and is the resting place of many medieval kings at the cemetery of Reilig Odhráin.

Although much of the Arthurian story is just that. Myth. This is the interesting distinction from the Grail mysteries of British lore to that of the true search of the cup that came to be known as the Holy Grail. In English history, the grail is enriched in the myth of King Arthur and the Knights of the Round Table. A clever fusion of history and fiction that is uniquely English and carries with it the connotation that the Grail could be the bloodline of Christ. There are legends of the Knights Templar and the history of Scotland that have weird obscure stories that claim hidden messages are within the masonic stonework of places like Rosalynn Chaple.

Officially the Knights Templar is said to enter the British Isles around 1129. They came when King Henry I of England arranged the introduction of Templar founder Hugh de Payens to King David I of Scotland. Interesting name for a king. This could be the source of the tails of the knights we hear of in medieval literature, or it could be a continuation of a knightly order founded in an earlier time. One might wonder if the Norman conquest was done as a sort of attempt to suppress and occult some of this early history of knightly orders relating to the Holy Grail. In Scotland, the Templars were there for more economic reasons. Not warriors, but monks, recruiters, landlords, and businessmen. The only battles that we know them to have taken part in during their period in Scotland are Bannockburn and the lead up to it although these occurred after the Templars’ arrests in 1307.

After this period in history, Templar orders were driven underground seeking refuge in areas like Portugal and other remote parts. They were accused by the Catholic Church of being heretical and worshiping Baphomet which is a French perversion and depiction of the Prophet Muhammad. We can speculate today if the Templars made it to the New World seeking refuge from the Church. This idea has also led people to wonder if there is any validity to the stories of Henry I Sinclair‘s secret trip to America. It has also caused many to ask questions relating to the Miꞌkmaq tribe of Nova Scotia as to why they use the Templar flag.

Might it be possible that Templar knights came to the New World to seek refuge and secure their treasure in hidden vaults away from the prying hands of the Catholic Church after members of their organization were burnt at the stake in 1307? It is now known that Columbus sailed with the Templar cross when he came to America. Could he have been on a sort of recon mission scouting for the best spots to make a permanent settlement in the New World as part of a Templar agenda?

The Templar order would later be revived in 1705 as the Sovereign Military Order of the Temple of Jerusalem. It claimed to restore the tradition of the Templars openly after it had been pushed underground for a number of centuries. Napoleon even recognized this order to be legitimate in a way so it’s hard to say if they ever truly were stamped out at any given point. Regardless, the templars and their connection to the Scottish and British lore have left a permanent stamp on history. They are subject in many fictional stories with a real past that might even rival the best of fiction. The truth will likely never be known, destined to be locked away, fused with a unique blend of fact and myth. Although we do know that among amateur historians, fiction writers, and fans of the Templar Order, the search for the Holy Grail, continues.

One thought on “English History of the Grail Quest”