They are an enigmatic group that has left their inky mark on history in various ways. Octopus symbolism is something that has become somewhat of a trope for villainous groups in the modern era, especially in the cinema. Most of the time, they are depicted as a group of nefarious individuals plotting various schemes in an attempt to take over the world. In this post, we are going to look at the various versions of octopus symbolism used by these groups to see if there is any real-world example they could be referencing or if it is just something that is a product of the movies.

Any fan of the James Bond franchise knows of the octopus symbolism as it is associated with the group known as SPECTRE. The members all wear rings featuring an octopus and somehow always find a way to give Bond a hard time. It is in the 2015 James Bond movie SPECTRE that we are treated with haunting visuals of an octopus in the opening theme.

SPECTRE, in the most simple of terms, is a shadowy secret society that is bent on world domination. Among their ranks are the top members of various criminal organizations from around the world. One of the great scenes of SPECTRE is when Bond infiltrates the group to listen in on one of their meetings and as you will see, it doesn’t go well for him.

Although the new Bonds are great, SPECTRE is something that has been around for a really long time within the entire James Bond universe. They are referenced in the very first official movie in the series, Dr. No, as the force behind the main antagonist of the film. It is here that we learn the meaning of SPECTRE, that it is actually an acronym for Special Executive for Counter-intelligence, Terrorism, Revenge, and Extortion.

It would not be the last time that we would hear from the infamous group as we see their first meeting depicted on screen in the 4th installment of the series, Thunderball. Here we see just how much, or little, things have changed.

At this point, you might be wondering if there is indeed any such group in history that has ever functioned in this way. Has there ever been any group that has been made up of rogue individuals that were joined together with their mutual goal of complete global domination? Well, more clues might be found in yet another James Bond film. This one with the peculiar title, Octopussy.

Clearly here we are able to see some interesting parallels between the soviet meeting shown in Octopussy and the SPECTRE meetings that we have seen in the other Bond films. Although it’s not a direct 1 to 1 comparison, it’s worth noting that Ian Flemming, when creating the Bond franchise, opted to create SPECTRE instead of a Soviet-era villainous organization. Even though SMERSH was referenced in some of the books, it’s thought Flemming went with SPECTRE as an attempt to avoid the work becoming dated. This would be a choice that would lead to it becoming more of a timeless spy franchise. Nearly 70 years later Bond is still bringing joy to readers and moviegoers around the world.

We see more of the symbolism in Octopussy when the Octopus Cult is explained to Bond. Apparently, it was an older organization that was remade in its current form by one of the main characters in the movie, Octopussy herself. As the leader of the cult, she heads an island full of women that are presumably groomed to be spies. Although Octopussy never is said to be working with SPECTRE directly, she is however shown working with the Soviets. This could be yet another clue in getting to the bottom of the mystery.

There are also strong parallels within the Marvel Cinematic Universe, similar to what we see with the soviets in Octopussy, only in this case it’s with the nazis in Captain America. This time with a shady organization called Hydra. Their logos are strikingly similar, as well as their shared goal of global domination.

So as you can see there are various examples of this Octopus Cult / Group that have been referenced in these films. SPECTRE has even been satirized in the James Bond spoof series, Austin Powers, with Dr. Evil and his goons.

What could it all mean, if anything? In a more modern context yet another clue comes with the 2015 movie SPECTRE. One of the main themes in the movie is that SPECTRE, the group, is attempting with one of their agents to consolidate the intelligence agencies from around the world creating effectively their own complete surveillance / global intelligence network.

In the real world, there are some interesting parallels that emerged with the Jeffrey Epstein case. There’s the theme of a private island with girls that were essentially being groomed to be spies and used for blackmail. Dr. Evil, in a spoof movie, even mentioned a plan of blackmail that involved a member of the Royal Family.

But not only that, going with the theme presented in SPECTRE, we also have the account of Robert Maxwell and his involvement with the INSLAW scandal. INSLAW developed software called PROMIS. Maxwell was a MOSSAD operative that was selling a version of PROMIS that was backdoored to various government agencies and mysterious people with the money. This was essentially consolidating intelligence in a similar way to what we see happen in the SPECTRE movie. You could say that there might be some parallel between Ghislaine Maxwell and Octopussy with regard to the island and the grooming of women, but there’s obviously more to the story than just that. They are known as the Mega Group, and although there are similarities between the groups at a larger meta-level, that is also where they stop. There is little do to with octopus symbolism there. Within the scope of intelligence, however, the octopus symbolism is ever-present.

We can get an idea of how a group like this might communicate from yet another James Bond movie, this time, Quantum of Solace. Here we see how a group could talk in plain sight out in the open, watching an opera, all the while communicating covertly to members of their secret organization. It’s an interesting look at how modern technology can be a double-edged sword wielded by the good guys and the bad.

If we are to get to the bottom of the octopus mystery though, we will have to look into the past into the possible origins of the symbol itself. One of the best clues came from researching yet another legendary and mysterious organization that is known for plots of world domination and that is the Priory of Sion. Officially the Priory was a fake group made up by Pierre Plantard, although it was a well-done fake nonetheless. When looking through the documents that are associated with the Priory we find references to an even older group called the Rosicrucians along with symbols like this.

Here is the original page from the work that shows our inky friend.

Now we know that the Priory of Sion documents were indeed faked so that would lead one to wonder where the original octopus drawing that was used in the documents came from and why it was associated with the Priory by someone like Pierre Plantard. From all the information that is available, we can say that the design likely originated with Paul Le Cour.

There’s your octopus. From here we can wonder where Paul Le Cour got the design. Was it something that he came up with on his own or is it something that he learned about from some mysterious organization? In France, we find references to a group called Hiéron du Val d’Or, known in English as “Sanctuary of the Golden Valley”. They considered the octopus to have symbolic significance as it was said to be a symbol of inconsistency. It was a Catholic esoteric secret society that existed from 1873 until 1926. It was founded by several people including a Jesuit named Victor Drevon and the half-Basque, half-Russian Alexis de Sarachaga. Baron de Sarachaga headed the society for 40 years, was a nephew of Saint Teresa of Ávila, and a friend of Pope Pius IX. The group itself was founded by the Societe des Fastes, and its school the Intitut des Fastes. This school was approved by both Pius IX and Leo XIII. So there are certainly some interesting connections here that could be made. The Hiéron attempted to demonstrate the origins of Christianity in the mystical Atlantis, worked to prepare the way for the social-political reign of Christ the King in the year 2000, and devoted themselves to the name aor-agni (“light-fire”). 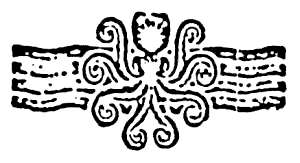 One might question if Paul Le Cour got the symbol from the Hieron, where did they get it? Where does this tradition of octopus veneration come from? When a Reddit user asked why there was so much octopus symbolism within the James Bond franchise another user responded:

Octopi are very intelligent creatures, for one thing. They also live from the depths in the shadows. They are able to ink, which acts like a smoke screen, as well as change colors just like a chameleon – these abilities can be seen as elements of deception that SPECTRE uses well. Suction cups on 8 arms allow them to have grips on almost everything in their environment, including their prey. Even the largest octopi have the ability to squeeze through holes 2.5cm wide in diameter; SPECTRE is exceptionally skilled at infiltration. Lastly, with its beak, an octopus can stab its prey enough to insert its tongue to eat the insides of its prey; SPECTRE is known for penetrating and operating from the inside of other organisations.

When we consider sayings like “the pen is mightier than the sword” it’s as if there is something to this idea of ink. Ink in modern society seals the deal on contracts, writes laws, and protects people with the omission of information. Perhaps we aren’t meant to know the true origin, but this is likely as far as it goes.

One thought on “The Octopus Group”