It was October 4th, 1957 when the Russians took their first step into the Space Age with the launch of Sputnik, the world’s first orbital satellite. Sputnik, coming from a Russian word meaning “fellow traveler”, took the world by surprise. For the first time in history, humanity was on the cusp of escaping the earthly shackles of gravity that have kept us bound to this planet for far too long. At 10:29 p.m on that night in Moscow, this launch marks the beginning of a competition between nations that we have yet to see the full results. What may have been the fruits of these endeavors?

The desire for humanity to reach space has been a dream since its first confirmed flight in a hot air balloon so long ago. It was the dream of James Glaisher in 1862 to travel higher than anyone else has ever gone in a hot air balloon. On September 5th of that year, he broke a world record climbing to an astounding 32,100 feet in a balloon but had passed out due to the lack of oxygen before he could make a record of his miraculous feat. 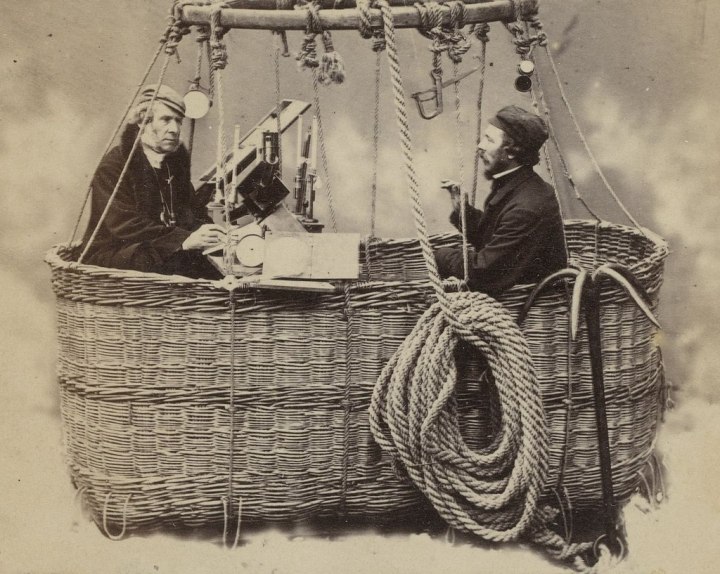 Later in 1902, a French filmmaker by the name of Georges Méliès would create his iconic short film entitled “A Trip to the Moon“. Today it’s almost comical, but viewed within the scope of history it shows the long-standing human desire to become a multi-planetary species.

Coming back into the modern era, it was on April 12th, 1961 that the USSR would be the first nation to put a man into space and safely return him to earth. Yuri Gagarin made his spot in history aboard this monumental flight. Never before had such an accomplishment taken place. Russia taking the steps of giants were advancing greatly in the Space Age leaving other nations in their wake.

Just 1 year after Yuri and 5 years after the Russian launch of Sputnik President John F. Kennedy gave his famous moon speech, during which he would declare that America would be the first nation to land a man on the moon and return them to earth. Not because it is easy, but because it is hard. This would officially launch the Space Race between the two global superpowers and lead to the emergence of the dominant presence in space among nations.

From this great rivalrous competition between nations came NASA’s Apollo program. Although it had been active starting in late 1961, through trials and tribulations, it would not see its greatest success until July 20, 1969. Kennedy would not live to see the fruition of his leadership, but the legacy he left will never be forgotten. Upon the launch of Apollo 11, America would become the first country in the world to land men on the moon and return them home.

This historic launch would land not just 1 man on the moon, but 3. Neil Armstrong, Michael Collins, and Buzz Aldrin all made their spot in history with this gravity-defying feat. Something only a decade before many people thought to be almost impossible was now a reality, and upon Neil Armstrong’s famous words, “That’s one small step for man, one giant leap for mankind.” humanity would never be the same.

This would not be the only time NASA would have astronauts safely touch down on the moon and return home. From 1969 to 1972 NASA would land 5 more manned missions to the moon bringing the total to 6 moon missions safely completed as they studied the lunar surface and composition. From this, we get the iconic moon car footage along with conspiracies ranging from aliens following the astronauts on the moon to theories suggesting we never went.

Many people question why we have not gone back to the moon since 1972. Among the most common explanations are the staggering costs of such a mission. During the era of the Apollo program, NASA spent 49.4 billion dollars, adjusted for inflation today it would amount to nearly half a trillion at 482 billion dollars. That’s quite a lot of money just to say ‘told ya so’ to a communist superstate. Conspiracy theorists would say “well it’s because we never actually went.”, but in this article, we are going to examine another possibility. Could we have actually gone back to the moon, but built a lunar outpost or moonbase for NASA and the Air Force? There are known plans that are in the public domain that show that the United States government was considering such a mission. Was it scrapped due to the immense costs? Or was it completed in the realm of black budget programs and kept secret from the world?

Let’s go back to 1957 for a moment during the year that Russia launched the first satellite into space. This took the world by surprise and Russia was quickly becoming the forerunner on earth setting the bar for human achievement in the realm of outer space. Although despite this seemingly miraculous event, just one year later in 1958 the United States Air Force is discussing among its ranks the possibility of establishing a moon base under the project name LUNEX. 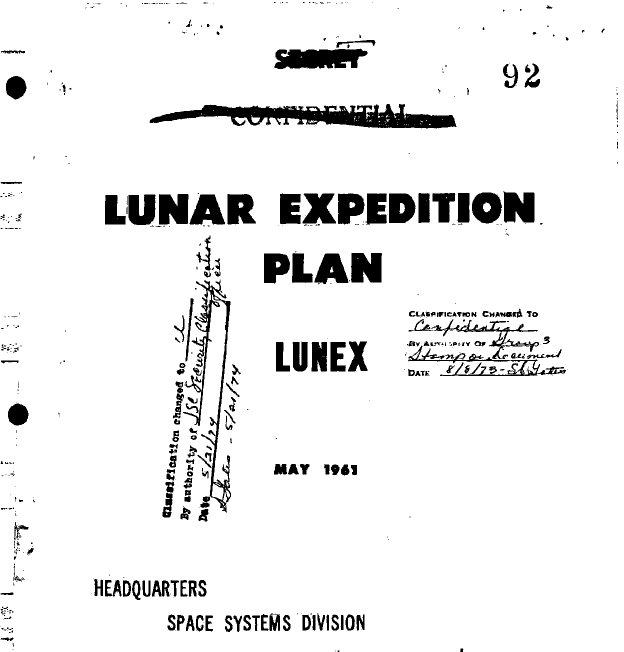 The LUNEX project had a projected timeline with 5 major events that would culminate in a permanently manned lunar outpost. The first would come in April 1965 with the first manned orbital flight around the moon. This would be a 3 man crew and serve as the proof that we could safely get there, orbit around the moon, and then return. The second would come in the following year 1966 as the first lunar landing sending cargo that would later be utilized by the future manned missions. Another launch in 1966 would be a manned circumlunar flight, while in 1967 there would be a manned lunar landing and return to earth. Later in January 1968, it was planned that a permanently manned lunar expedition team would inhabit the moon. Officially the program was scrapped due to technical difficulties and attention was then focused on the Apollo program.

From 1962 to 1974 the Soviets were also planning a lunar outpost by the name of Zvezda, also known as the DLB Lunar Base. This was part of the long-term goals of the Soviet lunar program but was ultimately canceled presumably due to financial limitations as well as the United States becoming the forerunner in the field of space.

With the Soviets considering such a project the United States had no option but to also consider how they too could establish this permanent presence on the moon. Their next plan came in the form of Project Horizon. This was a 1959 study with a timeline proposed as follows:

This program would have required a total of 61 Saturn A-1 and 88 Saturn A-2 launches up to November 1966. During this period the rockets would transport some 220 tonnes of useful cargo to the Moon. 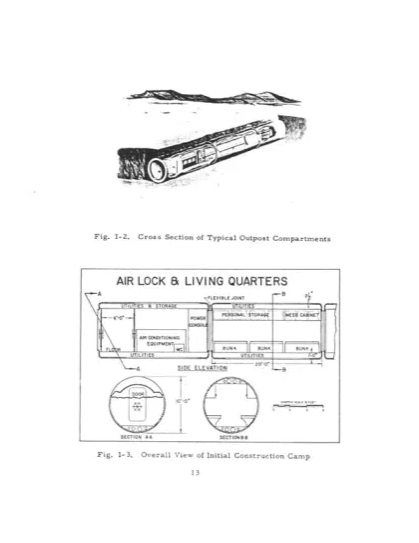 Officially, none of these projects ever left the drawing board, but it didn’t stop the space agencies from further considering such a project. The next and one of the more likely approaches to have been siloed into a black budget program would be the JSC Moon Base. Starting in 1984, this plan spanned several decades and aimed to established a permanently manned lunar presence for the United States. It had a reasonable timeline and took place in an era when it ‘could’ have been done.

The timeline of the JSC Moon Base went something like this:

So could there be a real secret moonbase? There were certainly plans in place to make this possibility a reality but were they ever executed past the drawing board? The idea of a moonbase has certainly not escaped the minds of popular culture. The idea has been satirized in several movies such as Iron Sky and The Truman Show.

The idea of a secret space program has been parodied in Netflix’s hit show Space Force and has also been the subject of conspiracy theory for decades.

That all being said, there are a few questions with less than satisfactory answers. Why would NASA make a new Lunar Vehicle if it never had planned on using it? 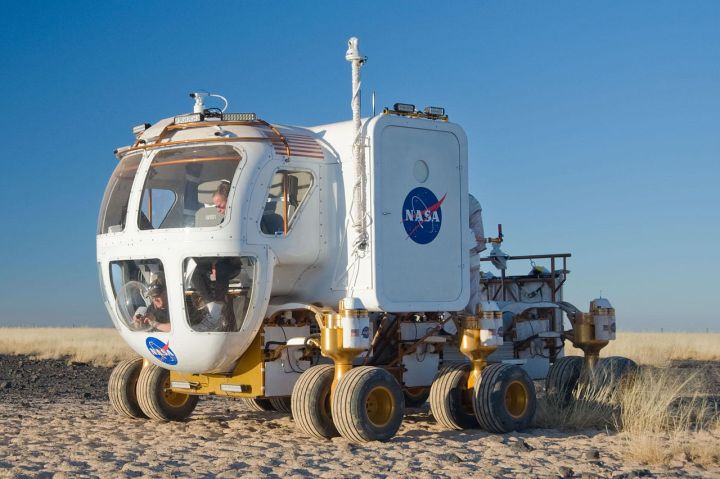 Why did we have several missions to study the composition of moondust and lunar rocks? Could it be to study the possibility of a building material known as Lunarcrete? With such a material building structures on and under the surface of the moon would be possible remotely with 3D printers.

What do you think? Are secret moonbases a realistic possibility, or is it something that should be left to the realm of science-fiction? Today we have the next phase or idea of a lunar presence in the form of Project Artemis. Could this be just the latest incarnation of a plan that will never officially leave the drawing board? Could it be the slow controlled narrative and declassification of a decades-old secret plan to establish a permanent moon presence? Or is it the latest attempt to do something that has never been done before? Time will tell.